Mahalo and aloha to plantation life 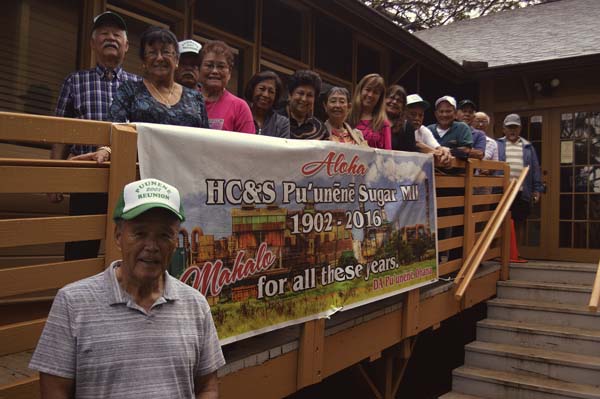 Former Puunene resident Stan Mukai (front) poses Friday next to a banner he had made as a “final farewell” to Hawaiian Commercial & Sugar Co., which ended its sugar operations last month. Standing behind him at the Alexander & Baldwin Sugar Museum in Puunene are former Puunene plantation camp residents, including some from Mukai’s camp, Spanish B. Mukai, 78, now an Oahu resident, said that the banner will be given to the museum to archive with other items from the mill’s closure.