The Last Harvest: The Final Chapter in the Story of Sugar on Maui 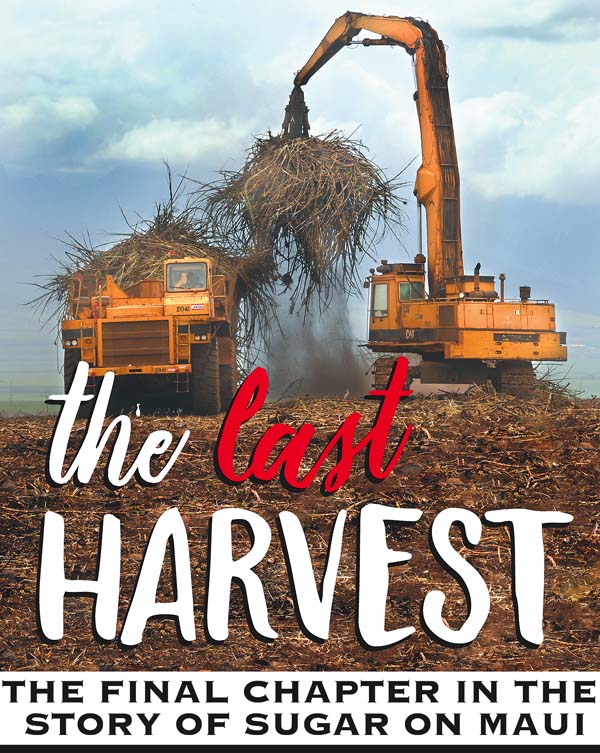 Alexander & Baldwin Inc. sounded the death knell of sugar on Maui and in Hawaii on Jan. 6, 2016, when it announced the end of operations at Hawaiian Commercial & Sugar Co. after the 2016 harvest.

The announcement was abrupt and caught many off guard, but was not totally unexpected. A&B said that its agribusiness sector, which was mostly HC&S, faced $30 million in losses in 2015 and “significant losses” going forward, which corporate officials called unsustainable.

The losses stemmed from lower yields due to wet weather and a significant increase in the world sugar supply, which depressed prices. HC&S also faced headwinds from those opposing cane burning and the drawing of water from streams in East Maui and the West Maui Mountains.

It was difficult news to hear for the 675 workers, all but 15 of whom would lose their jobs at the end of the harvest in December. Workers were laid off as the company completed its series of “lasts” — from harvesting to the shipping of the sugar out of Kahului Harbor. Workers and retirees marked the arrival of the last Tournahauler filled with cane at Puunene Mill on Dec. 12.

The fire went out at the mill four days later and the last workers were laid off about a week after that. 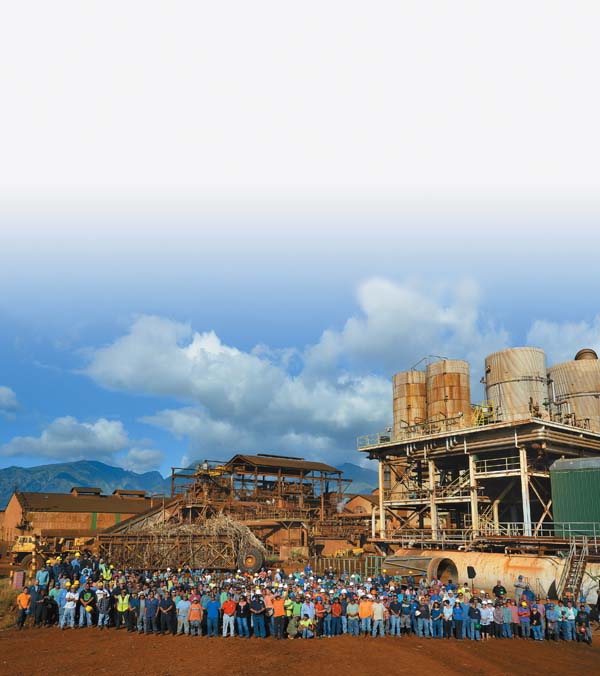 A&B worked with federal, state, county and nonprofit officials to help the workers find new jobs, new lives. As of late December, A&B reported 200 of the workers had found new jobs, 99 had retired and 13 had relocated off-island.

An auction was held last week to sell off the equipment of HC&S.

As the sugar plantation fades into history, A&B looks for uses of the 36,000 acres of former sugar cane fields. Diversified agriculture, biocrops and irrigated pastures for cattle are among the options being mulled by company officials. Members of the public have been vocal in offering their thoughts on uses for the fallow fields.

Old-timers will say that there was a time when “sugar was king.” There were plantations all over the island from Hana to Lahaina, and ruins of those old mills still can be found in Kipahulu, Ulupalakua and Haiku. In the 1960s, three sugar plantations dominated the Maui landscape — Wailuku Sugar, Pioneer Mill in Lahaina and HC&S. Wailuku Sugar was the first to shut down in the late 1980s; all that’s left of that business is Wailuku Water Co. Pioneer Mill closed in 1999; the smokestack near the intersection of Lahainaluna Road and Honoapiilani Highway is a reminder of the company’s 139 years of sugar operations.

The plantations diverted water from wet areas through tunnels, siphons and ditches to feed the thirsty sugar crops. Those diversions currently are being disputed by taro farmers, Native Hawaiian practitioners and others who say that the plantations and their predecessors have unfairly removed water from the streams for commercial purposes outside of their regions.

The plantations literally changed the face of the islands, bringing in workers from China, Japan, Portugal and the Philippines. Those cultures blended for generations to create the multicultural mix of Hawaii’s population today.

Old-timers remember their days in the dusty, rustic plantation camps with fond nostalgia, but it was a difficult and harsh life. Workers toiled in the fields for long hours and minimal pay. The years have washed away the rough edges, the conflict over union organizing, better working conditions and higher wages and the social and economic hierarchy.

HC&S was born in 1870 when Samuel Thomas Alexander and Henry Perrine Baldwin planted their crop on the newly established Alexander and Baldwin Plantation in Makawao.

Before sugar on Maui disappeared into history, The Maui News embarked on a project to document “The Last Harvest” for future generations. The reports in words and photos throughout 2016 were intended to detail the process of growing and producing sugar at HC&S, whose large-scale and efficient operations were key attributes to its longevity and being the last sugar plantation in Hawaii.

This publication is a compilation of all of those stories and a few others that document “The Last Harvest.”

The Maui News thanks A&B and Tran Chinery for setting up the visits and HC&S and its workers for opening the doors to the mill and letting a reporter drive a Tournahauler in the fields.

It was a last harvest to remember.