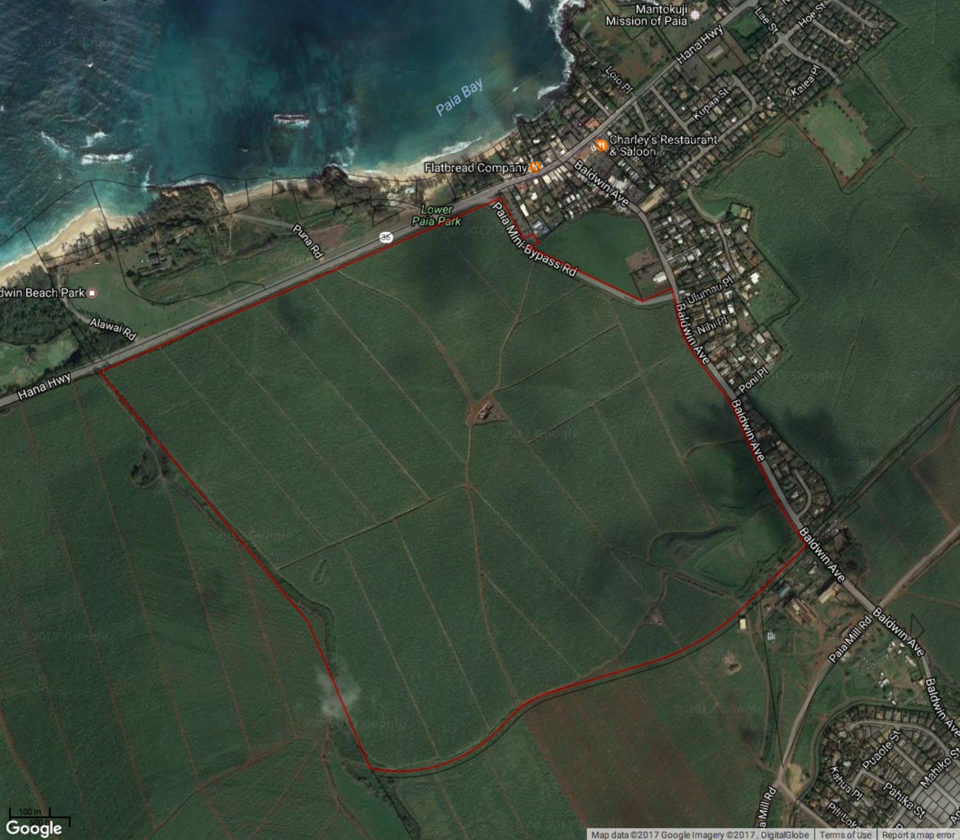 WAILUKU – The Maui County Council Budget and Finance Committee recommended passage of a resolution Tuesday that would allow the county to move forward with its proposal to buy about 4 acres in Alexander & Baldwin’s Maui Business Park II in Kahului.

The deal also involves a 30-acre land donation in Paia for the county to expand Baldwin Beach Park along the north shore.

“This service center issue has been discussed for over two years, and it’s time for us to get moving,” committee Chairman Mike White said. “It’s certainly an outstanding proposal when you consider the gift of the land we’ve been after for quite some time.”

The Maui Business Park II space is one of three proposals the council has been mulling over since April in efforts to find a new service center location. County officials have said that the Division of Motor Vehicles and Licensing, the Real Property Tax Division and the Treasury Collections offices, currently housed at the Maui Mall, need to be moved because the new owners of the mall envision commercial uses for the space.

Mayor Alan Arakawa also has said that there is better value for the county if it builds its own center because the county pays more than $475,000 annually in rent for the Maui Mall space.

“This is a win-win, and an excellent opportunity for the community in several ways,” resident Jonathan Starr testified Tuesday. “We know that the lease existence in the Maui Mall is untenable, and we need to move forward and now, with the best bond rating we’ve seen in the state and historically low interest rates, now is the time to move forward.”

Other testifiers expressed support for the purchase, and the attached 30-acre land donation in Paia.

“I grew up surfing Baldwin Beach. It’s a beautiful stretch of land and important to my community and my friends,” said Peahi resident Pat Simmons Jr. “I hope to see that land preserved for future generations, hopefully my kids and my kids’ kids will enjoy that land someday.”

But Council Member Riki Hokama expressed concern with tying the purchase of 4 acres in the Maui Business Park with the 30-acre land donation. He was the only council member who voted against advancing the resolution to the full council.

“While I agree with you that this deal has merits . . . I would prefer the gift be separated out. For me, I don’t like the taste that gives me . . . that the county can be bought,” Hokama said.

He added that the purchase was “a hell of a lot more land than we need for the stated purposes,” and he suggested the county consider the possibility of selling some of the land and “using that money for public needs.”

But separating the land donation from the 4-acre purchase is a proposal that has not yet been fully vetted, and White said, in response to Hokama’s comments, that “life isn’t always that easy to separate into clear issues.

“This is a situation where acquisition and construction will allow us to offset ongoing costs, and I think that’s the only reason we’re looking at moving forward, because we’re in a position to create such a structure that will allow us to save money,” White said.

Advancing the proposal does not mean the council would stop considering the other proposals “in due course,” White said.

The council also is considering:

* 3 acres in the Maui Lani Village Center for approximately $14 million that would include “turn-key” construction of a 24,000-square-foot two-story building. The cost includes $5.3 million for the land; $8.1 million for construction of the building, and $600,000 for architectural and engineering costs.

* 5 acres for $6.6 million at the Kehalani Village Center in Wailuku. Landowner RCFC Kehalani would donate a nearby 14-acre parcel at the corner of Waiale Road and Kuikahi Drive.

Arakawa had said in a committee meeting Aug. 1 that he would like the county to purchase both the A&B Maui Business Park II and the Kehalani Village Center site packages, though if he had to choose just one, it would be the A&B property in Kahului.

In other action Tuesday, the committee recommended passage of a measure to advance Haiku Community Association $75,000, or half of its total $150,000 grant, up front for needed repairs to Kalakupua playground at Giggle Hill in Haiku. While the county typically grants only 25 percent of grant money in advance to project implementation – with the rest to be paid in reimbursements – the association has said it could not afford fronting the money for the repairs.

“We are a small community association. We’re not a for-profit business,” said Netra Halperin, who serves as co-chairwoman of the association’s playground committee. While volunteers have managed to fundraise $26,000 for the project, the biggest hurdle is the playground’s footing, or ground surfacing, which is slated to cost about $60,000.

Halperin and others asked for a “cash grant” with 100 percent of the grant money paid up front, promising “we’d be responsible stewards of that money.”

Council members agreed to advance 50 percent of the grant as a compromise, saying that as long as the association provided its receipts, reimbursements would be expedited.

“I think 50 percent is a great compromise, because at least they’ll have money to do what they need to do. If they get their receipts in, we’ll provide their reimbursements ASAP,” said Council Chairwoman Gladys Baisa.

Council Member Mike Victorino rallied for the cause.

“We don’t want to hold these people back in any way, shape or form,” he said. “We want to get these repairs done in the next six months at the most, so we can have these kids back on the playground.”

The playground was closed two years ago for safety reasons.

* Eileen Chao can be reached at echao@mauinews.com.